Caring for the aged

So you can enjoy your golden years to the fullest.

Nazareth Care offers a range of accommodation choices for independent, assisted, frail and dementia care. Managed by an intimate team of compassionate individuals, our friendly staff are dedicated to providing a homely atmosphere where seniors are encouraged to maintain their independence and continue living life to the fullest. Each of our residents are treated with care, dignity and respect, and we are committed to extending this level of professionalism to our residents families too. If you are looking for yourself or a family member, Nazareth Care is here to help you find the best option. 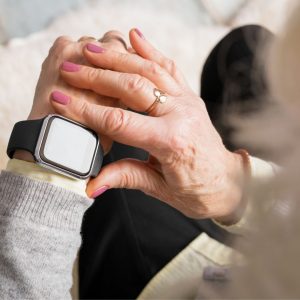 When is the right time to move into a home?

At some point in our lives, many of us will be faced with choosing a care home. Whether it’s for ourselves or making the decision 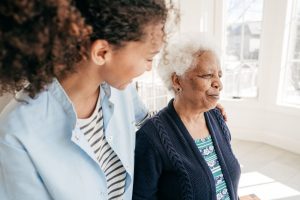 Does it pass ‘the mum test’?

As mum and dad get older and need to transition from independent living to assisted living or frail care, it’s often the children that play 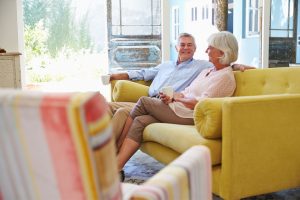 They’re called the golden years for a reason.

Ageing is one of life’s golden treasures and when we understand that each decade of our lives brings with it new experiences, new challenges, and

Nazareth Care is reliant on donations to continue caring for the most vulnerable and to ensure the sustainability and longevity of the organisation. All forms of donations are graciously accepted and appreciated.

I want to Donate

I want to Volunteer

I want to Partner

I want to Donate

What began as a humble dream for change has become a place where the most vulnerable in our society find sanctuary, love, and hope for a better tomorrow. Your donations can help the Sisters continue their Mission.

I want to Volunteer

I want to Partner

Our Ambition for Change defines what we want to achieve for deprived children, impoverished communities, and vulnerable elderly. The objective is simple: To close the gap between the funding we receive and the funding we need.

Nazareth House and the Sisters of Nazareth.

More than 160 years ago, our founder Victoire Larmenier began, what was to become a global legacy of service, when she opened the very first Nazareth House in Hammersmith, UK. In 1861, the Holy See allowed the Hammersmith community to separate from the Little Sisters of the Poor as an independent pious society of laywomen. After three years the London sisters were recognised as a diocesan religious community under the title Sisters of Nazareth. Her ambitions to provide care for the poor, desolate, and abandoned soon expanded to Africa.

Today, Nazareth Care Africa plays an important role in continuing Victoire Larmenier’s mission on the African continent. Adapting to the times, Nazareth Care offers a range of aged care services as well as continues its’ charitable work through two Child and Youth Care Centers and multiple outreaches across South Africa and Zimbabwe.

Nazareth Care is led by the core values of the Sisters of Nazareth. These values motivate and guide our team in everything we do.

Love motivated the care provided to the old and the young by Victoire Larmenier.

Victoire Larmenier was fair and impartial with everyone, even when people or issues were difficult or challenging.

Victoire Larmenier welcomed everyone in a spirit of friendship and acceptance.

Victoire Larmenier showed consideration, appreiation and regard for the rights, values and beliefs of all.

Victoire Larmenier showed compassion by seeking to relieve the suffering of those with whom she came in contact.

Victoire Larmenier was an example of patience to all who knew her. She encountered and overcame amazing difficulties.

To support the Sisters of Nazareth and Our Mission of Caring for the Vulnerable, please consider donating to one of our causes.

DONATE NOW Make a once off donation.
JOIN THE 20K CAMPAIGN Become a recurring donor.
MORE INFORMATION Chat to us.

Facebook-f
Instagram
Linkedin
We use cookies on our website to give you the most relevant experience by remembering your preferences and repeat visits. By clicking “Accept All”, you consent to the use of ALL the cookies. However, you may visit "Cookie Settings" to provide a controlled consent.
Cookie SettingsAccept All
Manage consent

This website uses cookies to improve your experience while you navigate through the website. Out of these, the cookies that are categorized as necessary are stored on your browser as they are essential for the working of basic functionalities of the website. We also use third-party cookies that help us analyze and understand how you use this website. These cookies will be stored in your browser only with your consent. You also have the option to opt-out of these cookies. But opting out of some of these cookies may affect your browsing experience.
Necessary Always Enabled

Performance cookies are used to understand and analyze the key performance indexes of the website which helps in delivering a better user experience for the visitors.

Analytical cookies are used to understand how visitors interact with the website. These cookies help provide information on metrics the number of visitors, bounce rate, traffic source, etc.

Advertisement cookies are used to provide visitors with relevant ads and marketing campaigns. These cookies track visitors across websites and collect information to provide customized ads.

Other uncategorized cookies are those that are being analyzed and have not been classified into a category as yet.